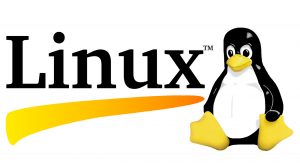 Linux was originally developed for personal computers based on the Intel x86 architecture, but has since been ported to more platforms than any other operating system. Because of the dominance of the Linux kernel-based Android OS on smartphones, Linux has the largest installed base of all general-purpose operating systems. Linux is also the leading operating system on servers and other big iron systems such as mainframe computers, and is used on 99.6% of the TOP500 supercomputers. It is used by around 2.3% of desktop computers. The Chromebook, which runs the Linux kernel-based Chrome OS, dominates the US K–12 education market and represents nearly 20% of the sub-$300 notebook sales in the US. Linux also runs on embedded systems – devices whose operating system is typically built into the firmware and is highly tailored to the system. This includes TiVo and similar DVR devices, network routers, facility automation controls, televisions, video game consoles and smartwatches. Many smartphones and tablet computers run Android and other Linux derivatives.

The development of Linux is one of the most prominent examples of free and open-source software collaboration. The underlying source code may be used, modified and distributed‍—‌commercially or non-commercially‍—‌by anyone under the terms of its respective licenses, such as the GNU General Public License.

Typically, Linux is packaged in a form known as a Linux distribution (or distro for short) for both desktop and server use. Some of the most popular and mainstream Linux distribution are Arch Linux, CentOS, Debian, Fedora, Gentoo Linux, Linux Mint, Mageia, openSUSE and Ubuntu, together with commercial distributions such as Red Hat Enterprise Linux and SUSE Linux Enterprise Server. Distributions include the Linux kernel, supporting utilities and libraries, many of which are provided by the GNU Project, and usually a large amount of application software to fulfil the distribution's intended use. Desktop Linux distributions include a windowing system, such as X11, Mir or a Wayland implementation, and an accompanying desktop environment such as GNOME or KDE Plasma 5; some distributions may also include a less resource-intensive desktop, such as LXDE or Xfce. Distributions intended to run on servers may omit all graphical environments from the standard install, and instead include other software to set up and operate a solution stack such as LAMP. Because Linux is freely redistributable, anyone may create a distribution for any intended use.