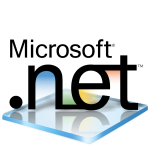 .NET Framework is a software framework developed by Microsoft that runs primarily on Microsoft Windows. It includes a large class library named Framework Class Library (FCL) and provides language interoperability (each language can use code written in other languages) across several programming languages. Programs written for .NET Framework execute in a software environment (in contrast to a hardware environment) named Common Language Runtime (CLR), an application virtual machine that provides services such as security, memory management, and exception handling. (As such, computer code written using .NET Framework is called "managed code".) FCL and CLR together constitute .NET Framework.

.NET Framework began as proprietary software, although the firm worked to standardize the software stack almost immediately, even before its first release. Despite the standardization efforts, developers, mainly those in the free and open-source software communities, expressed their unease with the selected terms and the prospects of any free and open-source implementation, especially regarding software patents. Since then, Microsoft has changed .NET development to more closely follow a contemporary model of a community-developed software project, including issuing an update to its patent promising to address the concerns.